A Risk of Forgiveness 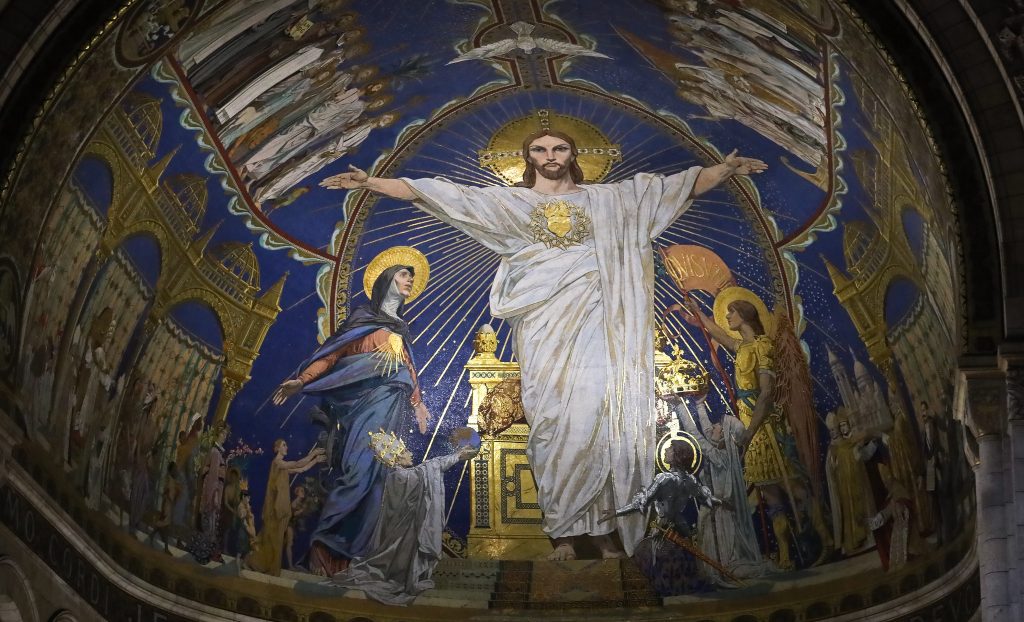 In Uvalde, TX, Fatima Abraham's grace towards the gunman's mother inspires us to reflect on our own impulse to blame.

“I simply told her that we were with her, that not everyone here was against her. She has to know that she is not to blame for this. She didn’t put that gun in her son’s hand.”

These, reports the Texas Tribune, are the words Fatima Abraham spoke to the mother of the Uvalde gunman, as they prayed together at their Catholic Church last Wednesday. 18 year old Salvador Ramos had killed 19 elementary school children and two teachers the day before, and was then himself killed by police.

“We are with her because we have to pray instead of criticizing or attacking,” Abraham told reporters. “Turning to hate and resentment is not good for humanity.”

Reading Abraham’s words, I realized what a risk she was taking by making a statement like this. Even as I agreed with her, many conflicting feelings churned in me as I read. I was tempted to hear, in this spiritual leader, an echo of politicians who offer “thoughts and prayers” while standing in the way of reforms that might protect our children. Where, I wondered, was the call to responsibility?

It’s there, though. Abraham is calling us to a radical form of responsibility. I had to listen well to hear it.

It’s always personal, for a parent, when your child gets hurt by someone else’s. “Why weren’t you watching your son, your daughter, close enough?” we ask. “How couldn’t you have seen this coming?”

I remember getting beat up a lot by three young brothers every Sunday in a corner of our church. When my mom discovered them dogpiling me, she was furious.

“Boys will be boys,” their mother said, looking at me like I’d brought this on myself by not fighting back.

“Not to my boy, they won’t be,” my mother answered.

My own son will be elementary school age in just a few years, and I already feel anxious about other adults and their irresponsibility. But I also feel a double edge that my friend so aptly describes: “Once you’re a parent, everyone else’s kid is your kid, too.”

Adriana Martinez is also a grieving mother. Her own words–“Forgive me, forgive my son, he had his reasons”–might inflame some readers. But she has lost her son twice: she lost him to a maelstrom of hate and violence in his own heart, most certainly playing havoc with already-present mental issues. And from that first loss came a second, final loss: a bullet that ended his rampage.

She will never see her son again. She will forever hold the memories of the child he once was and the killer he became, side by side. She wonders what spoken or unspoken words, what attention paid or unpaid, might have been as effective as putting the gun in her son’s hands. The world will only ever know one version of the baby boy she loved.

What would I want to hear if it were my son, whom I could never remember otherwise? Whose 18 year old hands, even if they gripped an AR-15, would still be chubby 18 month old fingers in my memory?

Even this baby is mine, too. And I gather that Fatima Abraham feels the same way.

“You didn’t put that gun in his hands,” she says to Martinez, embracing her.

There is a world of difference between asking someone to be accountable, and making something their fault. Abraham recognizes this difference and, aware of how it might sound to reporters, even to other church members, she boldly leans into that difference and says, “She has to know that she is not to blame for this.”

By accompanying Martinez in her grieving process, I have to believe that Abraham and her community are creating a willing spirit within her, and within themselves. A spirit that will approach the demands of justice with open hands and unyielding courage. There will come time for responsibility; it will, we hope, look different from finding fault. Finding fault is a shortcut to justice as we load our own burdens onto someone else. Responsibility and accountability are worked out in community, as everyone asks, “Where was I? What might I have done differently? How can I help stop this?”

Abraham has taken a risk to remind us that complicity is not always a clear-cut thing. There will be those who feel what I initially felt, who call her callous and naive because of it. But she is doing the hard work of slowing down, of marking the difference between casting blame and enabling a grieving community to recognize and embrace their own responsibility. She begins in the place where many will see the greatest guilt. What is “good for humanity,” she claims with those actions, is a more creative form of justice.

She is a peacebuilder.

Andrew DeCort dives into the struggle with burnout and discusses embracing one’s own liabilities and limits.
Read More

In Grand Rapids, Michigan, Justin and Nathan Beene are transforming conflicts into opportunities for success that give rich and poor alike a common place to belong.
Read More

When confronted with unjust urban conditions in South Africa, Jude Nnorom answers with the most powerful tools he knows: a humble faith, and the stories of people he's met on Tshwane's streets.
Read More

From our friends at Street Psalms: Onics Bukenya models the dignity and wholeheartedness that shape a creative peacebuilder.​
Read More

The first thing I noticed about Dong Jin Kim was his smile. It’s a generous smile, and quiet. He doesn’t look like a person formed by one of the most dangerous places on earth...
Read More

“Creative peacebuilders” sometimes sounds like a contradiction. If we imagine peacebuilders doing dangerous and grueling work, we imagine artists differently: a painter, safe in a studio, studying a canvas and waiting for inspiration. So why call those committed to justice and peace "artisans?"
Read More

On The Russian Invasion of Ukraine

Our Chief Operating Officer, Jason Ferenczi, has spent extensive time in both Ukraine and Russia. Here, he speaks for himself and the unRival Network Team as he reflects on the current state of war.
Read More

The Promises of Open Wounds

“These stories are tiny but amazing,” Julijana says. “They radiate potential. But it all starts by recognizing the wounds of the other, by not being oblivious to the victims on the other side.”
Read More

The Struggle of Beauty

It is Joel Aguilar's fervent hope that a nonviolent "human catechism" might transform the streets of Guatemala City--because, as he says, "beauty deserves to live here".
Read More