On the Russian Invasion of Ukraine

Violence against the other is … violence against oneself, something that becomes clear when we recognize that violence assaults the living interdependency that is, or should be, our social world.

Judith Butler, The Force of Nonviolence

Our unRival team hears stories of conflict and its brutal, dehumanizing effects every day. We see these patterns of violence repeating themselves all over the world. We lament that violence chips away at the interdependence essential for facing our common problems successfully. We long to see violence unmasked in all of its forms.

We, like most of humanity, have watched the events of the past week in Ukraine with deep sadness and dread. We believe that the Russian government’s aggression against Ukraine is an unacceptable attack seeking to use force to crush the Ukrainian quest to build a democratic and humane society. We long for justice and freedom for Ukraine.

I have felt this conflict very personally. I have traveled broadly in both Ukraine and Russia many times over the past 25 years. I’ve experienced key moments of life and learning in both countries.

I’ve watched as relationships between Russians and Ukrainians have slowly unraveled and as distrust has grown on both the personal, societal, and governmental level over the past two decades. As relational and trust bonds have weakened, it has become easier to see someone who was once a neighbor as a threat, as less than human, as other.

I have thought several times this week of a well known Russian painting by Ilya Repin. It shows Tsar Ivan IV holding his son, Ivan, whom he has just murdered in a fit of rage. Repin captures in a way words cannot the true horror of violence, the moment when all the fears, accusations, and blustering fall away and we behold the preciousness and fragility of human life. In Repin’s depiction, we see violence unmasked.

“The grief-stricken Tsar of Russia Ivan the Terrible cradling his dying son, the Tsarevich Ivan Ivanovich, shortly after the elder Ivan had dealt a fatal blow to his son’s head in a fit of anger.”

Pictured Below:
Jason and his daughters at St. Sophia’s Cathedral, Kyiv.

In the ghastly attacks taking place in Ukraine today, we also see violence unmasked for the destructive, dehumanizing force it is. We believe that it is only when we see the effects of violence clearly that we can find the strength and hope to embrace nonviolence as a way of life.

We have been encouraged by the many brave women and men in Russia who stand up against this violent attack on Ukraine, often at great personal risk. We have also been encouraged by brave women and men in Ukraine who dare to grieve the loss of all life, including the deaths of young Russian soldiers sent to attack and occupy Ukraine. We hear these voices demanding justice and pointing to shared humanity on both sides. They give us hope. We long to amplify those voices, just as we long for justice for Ukraine. 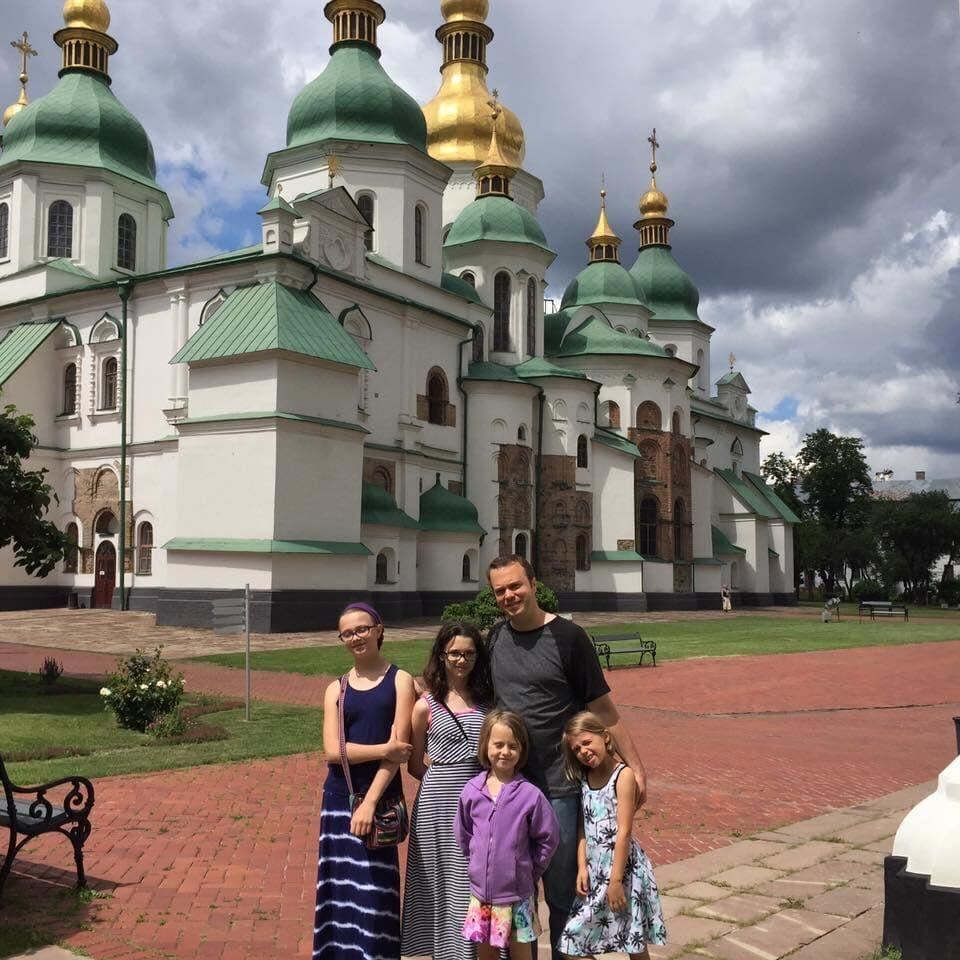 Where Has the Humanitarian World Left South Sudan?

Vera Grabe: From Guerrilla to Peacebuilder

How a former Colombian freedom fighter laid aside her arms and embraced peace as a path to our deepest desires.
Read More

Welcomed as Foreigners: Language, Listening, and Overcoming Our Fear of Failure

In Bogotá, Colombia, we learned what it meant to be welcomed as the other, as we watched Latin American artisans of peace build their own unrivalrous space.
Read More