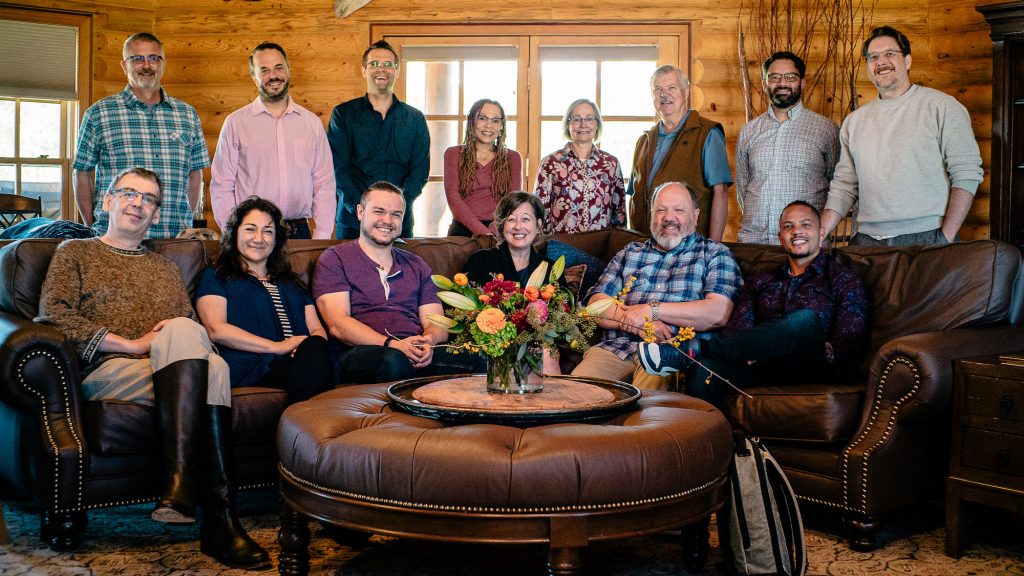 We recently spoke with a scholar and activist in the Balkans who lamented that there are two museums dedicated to war in her country. “Where,” she asked, “is the museum of peace?” Where are the powerful stories of those who quietly reached out across lines of difference, insisting on seeing behind the alluring simplicity of “good guys” and “bad guys”?

In the Balkans and elsewhere, such courageous imaginations continue to weave a fabric of just community for all.

Connecting these creative peacebuilders and telling their stories is our work at unRival.

UnRival’s fundamental posture is one of listening and learning, drawing on wisdom and experience. We do not go about our work by theorizing solutions to the world’s problems. Instead, we connect, accompany, and amplify the work of those building peace in their communities.

Over the past year, we have gathered and spoken with peacebuilders and nonviolent activists around the world. Some are reflecting on conflicts in the past, telling the story of unheralded peace efforts that made a difference. Others are engaged in the very real conflicts of the present, doing the quick-footed work that these ever-shifting crises require.

Our team speaks daily with people who are disquiet with the status quo. There’s a deep pessimism at work: a sense that things are broken and getting worse. Inequity, social divisions, concentrations of wealth, environmental degradation, and corruption are epidemic. Religion is too often aligning with the problems rather than the solutions. Everyone – left and right – seeks to accumulate enough power to overcome ideological opponents.

Yet alongside this realistic pessimism stands a profound hope. We see this hope among activists against gender-based violence in Congo. Others are undermining LGBTQ discrimination in East Africa, or pushing against the stories sustaining ethnic civil war in Ethiopia. We see it in Latin Americans, both Catholic and Protestant, who see the alignment of their churches with violent, oppressive powers and challenge those connections relentlessly.

The creative peacebuilders we work with believe that the world can be a better place, and they all see that the problem lies in how we see the other. We have, they say, failed to see those who differ from us as human; the other is as mighty and as fragile as we are.

These stories of peace, rather than the narratives of war, are worthy of being told. If we are to avoid being overcome by violence, they must be told and imitated.

UnRival exists to build meaningful connections among those doing this lonely but essential work of creative peacebuilding. We are moving slowly, listening carefully to unheralded peacebuilders around the globe.

The timeliness and importance of this work is also on full display in the past year in Myanmar. I’ve been fortunate to spend time in this Southeast Asian nation three times over the past decade. I have seen, in a limited way, the nation’s slow emergence from hermetic military dictatorship.

Ethnic conflict was a central strategy of the dictatorship. The military told the Burmese majority that only armed might could protect them from chaos. Ethnic conflicts have raged for decades, cutting off possibilities for young people and driving immigration to the United States and elsewhere. At its heart, the dictatorship weaponized fear of the other, as do many leaders around the world.

The slow and brittle emergence of democracy and openness to the world since 2016 transformed Myanmar. I was encouraged to see young, educated professionals hopeful about opportunities within their nation, rather than waiting for the earliest opportunity to flee abroad. I was even more excited to see such young people working across ethnic lines for broader social good.

The military coup in February 2021 threw all of that into question.

Opposition to the coup has been stronger than the military expected. Protests have been overwhelmingly nonviolent, and many have joined people across ethnic lines. In an article in Waging Nonviolence, Maria J. Stephan looks at both the hope and the perils of the nonviolent movements in Myanmar. Stephan is honest about the allure of armed violence to those resisting the military coup. She argues that the road ahead is going to be a long one, with considerable setbacks and suffering. Indeed, a year later, the campaign of civil disobedience has claimed over 1500 lives and destroyed many more through arrest and incarceration.

She encourages the movement, however, that the path of nonviolence is more likely to succeed and create a sustainable peace. Her position is backed by research. Erica Chenoweth has shown that, for decades, non-violence has been far more successful in driving social change than violent revolution. Among the 565 campaigns that have begun and ended over the past 120 years, about 51 percent of the nonviolent campaigns succeeded outright, compared to 26 percent of the violent ones. Nonviolent resistance thus outperforms violence by a 2-to-1 margin.

What is happening in Myanmar resonates with what we at unRival hear from partners and friends in Colombia, Guatemala, Ukraine, Bosnia, Uganda, South Africa, and elsewhere. From them, we learn that durable peace is grueling, lonely, and often thankless work.

UnRival exists to build meaningful connections among those doing this lonely but essential work of creative peacebuilding. We seek the best ways to accompany them in their work and amplify their successes by telling their stories. We are moving slowly, listening carefully to unheralded peacebuilders around the globe. Like them, we are hopeful. We see so many stories of transformed conflict, and look forward to seeing these movements connect, flourish, and build deeper peace.