This is Your “Mind” On Rivalry 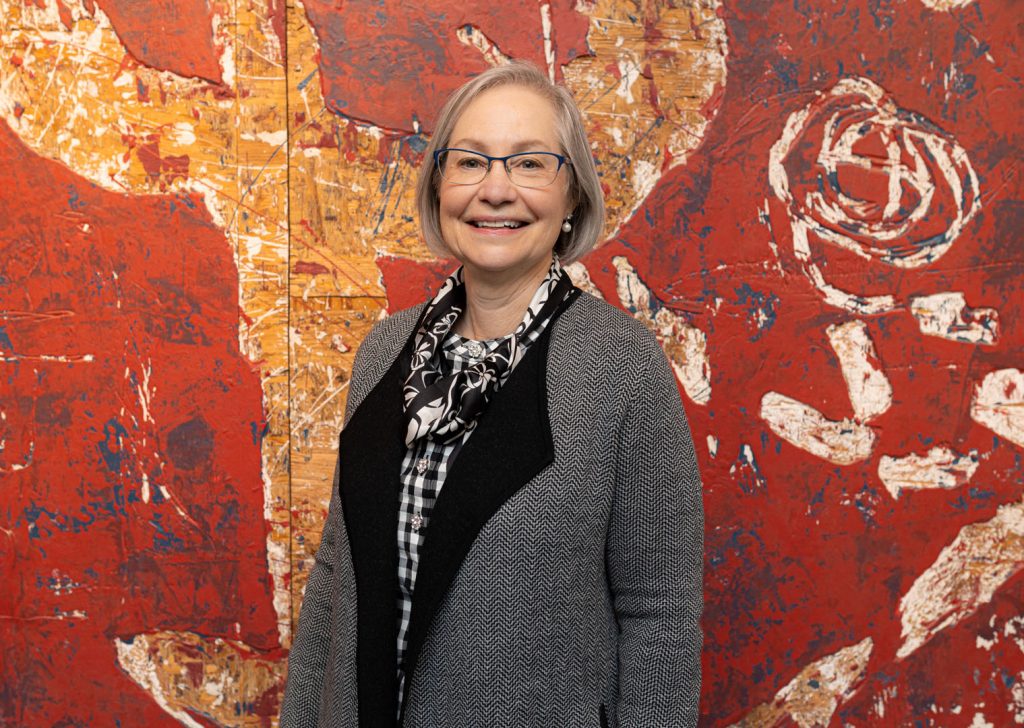 Suzanne Ross takes a villain’s vantage, using one of her grandchildren’s favorite animated films to reflect on the US’s political deadlock.

I do my best not to dwell on the overwhelming number of crises our political class seems unable to manage these days. I must confess, though, that it’s sometimes tempting to curl up into the fetal position. Fortunately, through unRival, I have connected with an incredible group of peacebuilders who have taught me we can solve any problem if we work together.

With their encouragement, I’m trying not to lose hope that Democrats and Republicans can cooperate. But when liberal Democrats are calling out the Democratic President for not doing enough on gun control, abortion, and climate change, I wonder if it’s even possible for them to work within their own party, let alone reach across the aisle.

I’m not saying that disagreement is a bad thing; it’s healthy to bring many perspectives on a problem together as you seek the best solution. But today, voters are seeing politicians more interested in getting credit for having the answer or holding onto power than in actually working on the issues.

It’s tempting to say that the problem is all in Washington. But I believe the real problem is closer to home, where we often find ourselves mirroring the political dysfunction in our daily lives. We have people we won’t talk to, whose integrity, intelligence, and patriotism we question. We insist that our side is right and that anyone who can’t see that is deliberately obstructing solutions.

It’s as if voters and politicians are caught in a house of mirrors. All we see is dysfunction endlessly replicating down a long, receding hall while alternatives sit just outside the not-so-fun house entrapping us.

The barkers for the not-so-fun house entices us by promising us an epic battle between good and evil—one we are sure to win, achieving lasting fame and glory. Why, then, does our glory feel like a pattern of self-defeating rivalry?

The movie Megamind (Dreamworks, 2010) offers us some tools for recognizing and resisting the allure of these lies. Though it’s an animated film that children can enjoy, it is a sophisticated, comedic look at rivalry. It parodies the superhero genre by dissolving the distance between the audience and the villain. Just like us, the super-villain Megamind’s greatest desire is not to defeat the hero or rule over Metrocity, but to be accepted for who he is.

The movie begins with two planets being drawn into a black hole. On each planet, a set of parents has the same plan to save their infant child from dying in the cataclysm: they launch their babies into space, toward a nearby habitable planet—our planet. In one spaceship is our anti-hero: a skinny, blue-skinned baby with an enormous head and a pacifier fixation. In the other is the suave, fair-skinned, already muscular future hero, Metroman.

The tiny spaceships collide on the journey, and each reads intention where there is none, wondering if the other tried deliberately to knock him off course. Metroman mockingly sticks out his tongue, and Megamind tells us, “Our glorious rivalry was born.”

Rivalries can indeed be glorious. Sports records are set and broken as competition spurs athletes to achievements unheard of in previous generations. Athletes openly admire and imitate one another’s training methods and techniques. There is no shame in naming the athletes who you have taken as your models.

To preserve this pattern of open imitation, we place a high value on good sportsmanship. Even in defeat, we temper our resentment with admiration, a handshake, and admission that the best person won. Admiration, even when its grudging, helps keep the rivalry in its proper place and preserve the glory of positive imitation.

We see other wonderful examples of positive imitation as medical researchers race for cures, inventors pursue dreams, and artists and musicians spur each other towards greatness. What makes these rivalries glorious is the open admiration the rivals have for each other. No one is trying to conceal that they have taken each other as models worthy of imitation. Each studies and learns from the other, hoping to find the key to equaling and then surpassing the rival.

What makes these rivalries produce such great things? What makes them different from the empty, destructive, partisan rivalries infecting our politics?

The key difference seems to be that, unlike these other rivals, our politicians downplay admiration of their fellows and adopt a posture of shame. Instead of even grudging admiration, the rivals express only disdain, anger, and hate for others, whether across the partisan divide or even within their own party. As Donald Trump demonstrated in his election defeat, this “best man lost” attitude breeds resentment, grudge matches, and plots for revenge.

Those with this attitude no longer share a desire for a championship trophy, a gold medal, a medical discovery, or artistic achievement. These rivals share only a desire for the other’s defeat. Unaware that they are imitating one another, their urgency to defeat one another only grows.

When our rivalries lead us to divide the world up into good guys (“us”) and bad guys (“them”) we create a very secure form of belonging with our partisan fellows. Our sense of ourselves as good people on a mission becomes quite strong.

When rivalries escalate and admiration is lost, we are no longer competing to solve the problems we claim we are so desperate to solve. Real accomplishments become fewer and farther between as we increasingly come to believe that the only real problems are our opponents.

It’s strange that we should cling to a pattern so obviously incapable of producing anything meaningful, but the truth is that it does produce something we all equally and often desperately need: belonging. When our rivalries lead us to divide the world up into good guys (“us”) and bad guys (“them”) we create a very secure form of belonging with our partisan fellows. Our sense of ourselves as good people on a mission becomes quite strong.

Today, we need a way to solve problems that also satisfies our need to belong and reassures us of our goodness. A wonderful example of this comes from the field of medical research. Instead of rivalry, even the glorious kind, it models cooperation as the solution we are looking for. Its aim was the sequencing of the human genome. An international consortium, “funded by charities and governments, and a US private venture,” completed the sequencing in 2003. The reporting at the time noted the lack of rivalry:

The race for the human genome has been dogged by arguments about the [competitive] patenting of genes. The international consortium insisted on publishing all its data as it went along, for the benefit of researchers everywhere.”

The consortium valued and demonstrated cooperation within the team and lack of rivalry with the outside world. They showed us it is possible to openly admire and imitate one another while solving problems for the benefit of everyone, all while satisfying our need to belong and feel good about ourselves (even when ridiculous amounts of money are involved)! I can only imagine the joy and fellowship that emerged within the consortium as they finally achieved their goal.

Better Than Being Right

Not very far into the movie Megamind, the hapless blue villain unexpectedly succeeds in destroying his archrival, the hero Metroman. At first gleeful, he realizes that, though he has won control of the city, he has no actual plans. He becomes melancholy and self-reflective. He wonders if he’s made “a horrible mistake”. He muses, “What good is being bad when there’s no good to stop you?”

Megamind realizes that he never wanted to defeat his rival, because the battle was everything. His rivalry with Metroman gave his life meaning and purpose. “We have it all,” Megamind says to his accomplice, “but we have nothing.”

Inglorious rivalries sustain our sense of meaning and purpose, and so we sustain the rivalries. Winning can leave us feeling hollow. We can recover the glory of rivalry by coming alongside one another to find a shared purpose. As Megamind says, “Maybe I don’t want to be the bad guy anymore.”

What if we echoed Megamind and said, “Maybe I don’t want to be the good guy anymore, if it just means making someone else the bad guy?” Might that save our politics? Can we produce solutions instead of destroying each other?

I am convinced we can. Like Megamind, we are discovering the emptiness of extreme rivalries and we are longing to find a way to be good—or at least a little bit better—together.

Welcomed as Foreigners: Language, Listening, and Overcoming Our Fear of Failure

In Bogotá, Colombia, we learned what it meant to be welcomed as the other, as we watched Latin American artisans of peace build their own unrivalrous space.
Read More

Andrew DeCort dives into the struggle with burnout and discusses embracing one’s own liabilities and limits.
Read More

In Grand Rapids, Michigan, Justin and Nathan Beene are transforming conflicts into opportunities for success that give rich and poor alike a common place to belong.
Read More

A Risk of Forgiveness

In Uvalde, TX, Fatima Abraham's grace towards the gunman's mother inspires us to reflect on our own impulse to blame.
Read More

When confronted with unjust urban conditions in South Africa, Jude Nnorom answers with the most powerful tools he knows: a humble faith, and the stories of people he's met on Tshwane's streets.
Read More

From our friends at Street Psalms: Onics Bukenya models the dignity and wholeheartedness that shape a creative peacebuilder.​
Read More

The first thing I noticed about Dong Jin Kim was his smile. It’s a generous smile, and quiet. He doesn’t look like a person formed by one of the most dangerous places on earth...
Read More

“Creative peacebuilders” sometimes sounds like a contradiction. If we imagine peacebuilders doing dangerous and grueling work, we imagine artists differently: a painter, safe in a studio, studying a canvas and waiting for inspiration. So why call those committed to justice and peace "artisans?"
Read More

On The Russian Invasion of Ukraine

Our Chief Operating Officer, Jason Ferenczi, has spent extensive time in both Ukraine and Russia. Here, he speaks for himself and the unRival Network Team as he reflects on the current state of war.
Read More