Vera Grabe: From Guerrilla
to Peacebuilder 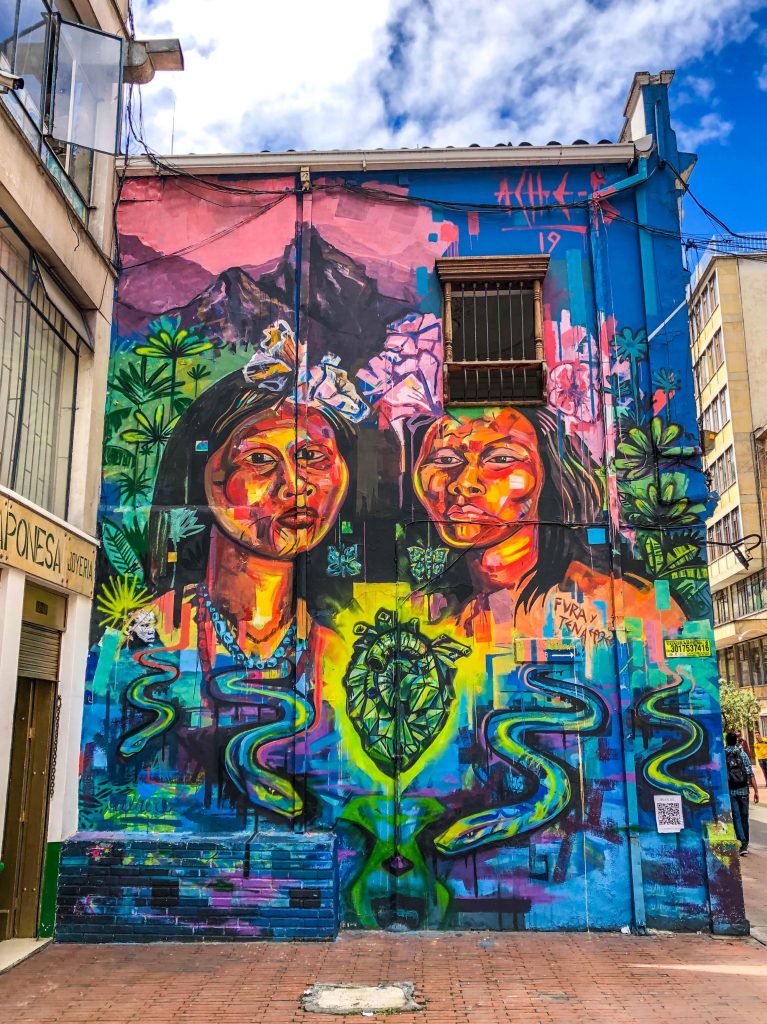 how A former colombian freedom-fighter laid aside her arms and embraced peace as a path to our deepest desires.

Thirty years ago, she was a member of M-19 – an audacious armed resistance movement in Colombia during the country’s terrible armed conflict. Today, she has reached over 35 thousand families across Colombia, training them to form cultures of peace in their households, their schools, and their broader communities.

How did a revolutionary soldier come to lay aside her arms and choose peace?

Colombian politician Vera Grabe is changing the paradigm of what it means to pursue justice and peace. With Mahatma Gandhi, she believes that “peace is the path” to renewed humanity. But if peace is the path, then it cannot also be the destination.

Peace, Grabe says, is a method for achieving concrete desires in our homes and communities. At the 2022 COV&R conference in Bogotá, Colombia, she told her powerful story of conversion to nonviolence, and how she’s been teaching others to make similar journeys ever since M-19 disarmed.

When she’s invited to speak, her hosts expect a dark-haired, indigenous person. But Vera is very much a daughter of German parents—fair hair and light-skinned. She laughs at how her appearance reveals an unspoken assumption about what a revolutionary from Colombia looks like.

Grabe’s ethnic background did not stop her from getting involved when, in 1970, election tampering led to an armed revolt in Colombia. Inspired by other South American guerilla groups, M-19 fought to spread democracy across the country. By 1985, they had become the second largest guerrilla group in Colombia after the Fuerzas Armadas Revolucionarias de Colombia.

“We were part of a generation who didn’t see other possibilities if we wanted change,” Grabe says. “We were a generation we didn’t know [about] the struggle of Gandhi. The possibility of nonviolent struggle…was not on our radar.”

This changed when Carlos Pizarro Leongómez–the fourth commander of M-19–proposed something radical. He saw that every time his troops liberated a village, the military would move back in after they moved on. M-19 could not hold and defend these villages, and the state often punished them for treason upon their recapture. Pizarro saw that M-19 was part of a violent cycle over which they had no control. They would need to do something reckless to get out of it.

In April 1989, M-19 agreed to lay aside their arms and open negotiations with the Colombian government.

“We did not take arms because we were violent people,” Vera remembers, “but because we didn’t see other ways to struggle for justice, for democracy.”

Under Pizarro, an alternative path opened up: a risky, courageous path that focused not on the damage the government had done, but on each side’s shared desire for violence to cease.

This fragile trust would soon be tested. In 1990, Pizarro, now a presidential candidate, was assassinated. M-19, now reorganized as a political group, received help from the Colombian government, who indicted Pizarro’s murderer in 1999.

Today, M-19’s legacy lives on as part of Colombia’s ongoing peace process. The new President of Colombia, Gustavo Petro, is a former member. While less visible, Vera Grabe is also active in Colombian politics and education. Reflecting on the risks Pizarro took, and the risks she took on his leadership, she developed new methods for teaching others what she learned: that peace is not a goal, but a method that gathers its strength in the home.

“We were part of a generation who didn't see other possibilities if we wanted change. ... The possibility of nonviolent struggle was not on our radar.”

The “logic of violence”

Since following Pizarro into disarmament and peace talks with the Colombian government, Vera Grabe has led communities in many creative projects, including:

What has driven Grabe’s success? She points to a key insight: that if “peace is the path”, then the destination must be something else. Peace is a method for helping communities achieve their desires.

Since Pizarro’s death, Grabe has taken up and refined the insight that led him to lay aside arms and pursue peace with M-19. In Grabe’s words, we miss the point of peace when we think of it as simply the absence of violence.

Just as violence is a method for achieving desires by force, peace must be an alternative method towards those same desires. Peace undermines the logic of violence, revealing that violence can’t ultimately give us what we want.

What is this “logic of violence” that peace undermines? The present conflict between Ukraine and Russia provides an example we can all understand, especially where US involvement is concerned.

Despite criticizing his predecessor and claiming that the US would not “check its values at the door” when selling and transferring weapons, President Joe Biden has largely continued Donald Trump’s weapons-handling habits. We might chalk it up to hypocrisy, but there’s more to it than that: Biden is caught up in a web of assumptions about violence and how conflict needs to be solved. His administration is under public pressure to supply more aid to Ukraine, and most consider this “aid” to mean helping Ukraine continue its armed resistance against Russia.

Grabe wouldn’t dream of saying the Ukrainian people shouldn’t defend themselves. But as she said of her time with M-19, unarmed resistance wasn’t even “on her radar”. The assumption that violence can lead to peace often leads to escalating violence hoping to achieve peace faster and more decisively. It keeps us from realizing that peace is one of our many options for transforming conflict.

The world is tangled up in assumptions about peace that really lead to more violence, Grabe says. Exploring peace as a process helps us deconstruct these assumptions to see the world anew. 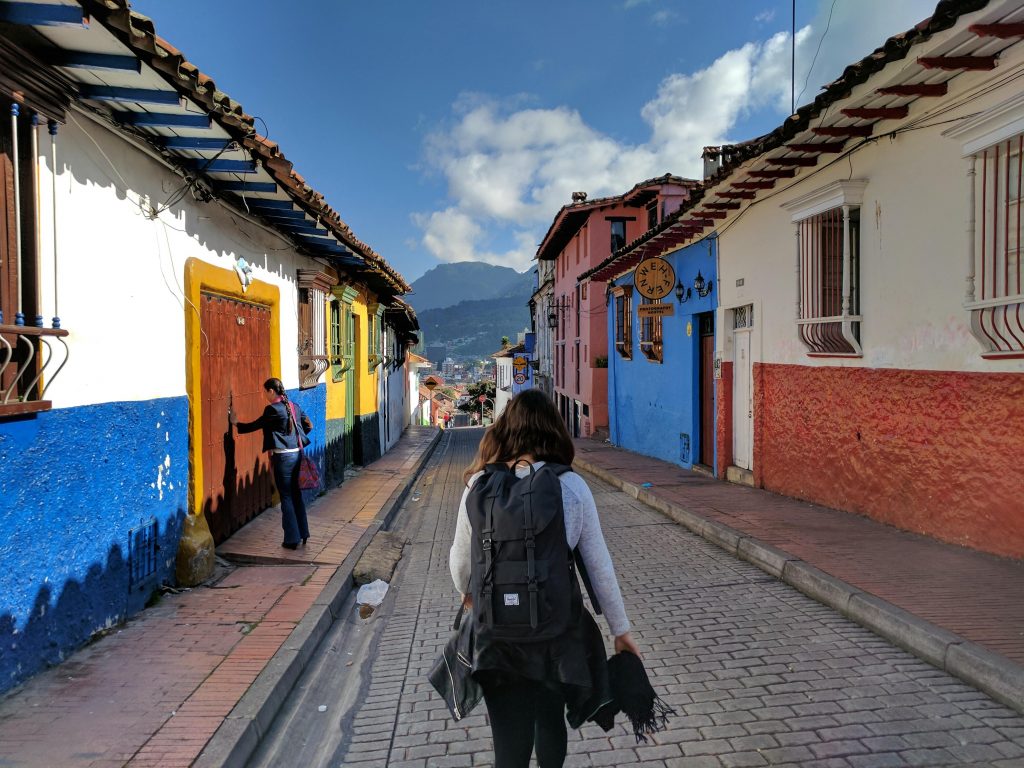 Peace as a culture

When peace is set up as a goal, Grabe says, violence all too easily emerges as a method to attain that goal. But “peace” itself is an abstract goal that means many things to many different people. Even when “peace” is achieved, violence might emerge again as the victors of a conflict disagree about what “peace” should ultimately look like.

Grabe says we must begin by relinquishing the desire for “total and absolute peace”.

Peace as an abstract ideal stands in the way of “reconciling our aspirations with our limitations, our realities with our dreams”. Not everyone dreams of world peace; but most people desire safety, security, and stable relationships. Unfortunately, they don’t see peace as a viable path to those concrete desires.

Grabe calls this approach Pacicultura: Peace as Culture. When training communities to pursue peace as a path, she works to communicate a few essential insights:

The best place to ground such an understanding of peace, Grabe says, is in daily life: “home, school, work, the streets, organizations, games, celebrations, church, etc.” By cultivating local logics of peace, Grabe is preparing Colombia as a whole to navigate the truth-telling process–and hopefully the reconciliation process–that is emerging from decades of armed conflict.

"Peace is a mental ‘click’ that awakens creativity and possibility in every person. It trusts that we can always learn and unlearn, leave violent models, and adopt constructive models."

People are the method

According to Grabe, violence is not inherent to humanity. It is a mindset that makes assumptions about conflicts. Peace becomes complicit in violence when it becomes an abstract ideal, understood as only the opposite or absence of violence. Grabe encourages us to understand peace as a positive force that grows by overcoming the logic of violence in a community.

UnRival is preparing to explore these possibilities as part of our Artisans of Peace program. Grabe gives us and the peacebuilders in our network some clear, practical questions to ask as we practice our own “peaceful analyses” of violent situations:

“Peace is not passivity or naivety,” Grabe says. “It is a lot more than a byproduct or an opposite of violence. It is not a recipe or a magic formula either. It is a mental ‘click’ that awakens creativity and possibility in every person. Peace culture trusts that we can always learn and unlearn, leave violent models, and adopt constructive models. Our origin, sex, gender, ethnicity, social class, religious creed or past does not matter.”

The Artisans of Peace program brings together just such a diverse group of people. We hope you’ll join us in following their stories, as they explore the peaceful “click” that makes creativity and possibility possible for all people.

All perspectives are needed, Grabe says, because there are as many methods for peacebuilding as there are people.

In fact, people are the method.

Each human being is worth the risk and effort of peace.